In theory, “aquifer storage and recovery” (ASR) is a form of artificial aquifer recharge consisting of threecomponents: (1) aquifer injections of fluids; (2) withdrawals of the injected fluids; and (3) a period of timebetween the injections and withdrawals that is considered to be aquifer “storage” of the injected fluids. Theinjected fluids may be: (1) treated sewage effluent (also known as reclaimed, reuse, or bright water); (2)stormwater runoff pumped out of canals, mine pits or other areas; (3) surface waters from natural lakes andstreams; or (4) ground water from different aquifer zones. An evaluation of existing data from more than 80injection/withdrawal cycle tests at 18 ASR sites in 9 counties throughout southern Florida, in the regional karstFloridan aquifer system of the United States (US) revealed that less than 25% actual “recovery” was achievedfrom ASR wells where water from various sources was injected into the regional karst aquifer system.Determination of actual “recovery” was based on the reported chloride content of injected and recovered waterand was more suggestive of fluid disposal than aquifer “recharge.” Actual “recovery” for those ASR tests,adjusted to the chloride concentrations of injected fluids, ranged from 0-17% for “storage” periods that rangedfrom 0-181 days. Although results of actual “recovery” provide little support for the concept of “stored” water, inreality those results also over-estimate the volume of injected water that is stored because it assumes that waterrecovered at the same chloride concentration is the same water that was injected. There is no evidence in theASR data to support that assumption. The low actual “recovery” rates occurred despite the fact that 28 of thecycle tests had a “storage” period < 1 day and the longest “storage” period tested did not exceed 181 days. Thosebrief “storage” periods also were insufficient to meet the stated agency objectives of retrieving the injected fluidsduring the dry season, more than six months after injection of what is termed “excess water” during the rainyseason. Despite those results, the agency’s Final Technical Data Report (TDR) and groundwater model releasedin 2014 concluded that: (1) “recovery” from those wells would range from 70-100% and (2) 232 ASR wells (94in the upper Floridan aquifer, 37 in the Avon Park Permeable Zone of the middle Florida aquifer and 101 in theBoulder Zone) could be completed in Florida’s Greater Everglades Basin (basin) as restoration. That Final TDRdid not consider differences in chloride content between water that was injected into and withdrawn from theASR cycle tests and that groundwater model for the basin did not include the anisotropy option or preferentialflow through karst conduits such as fractures. Preferential flow of water injected and withdrawn could result inboth low ASR “recovery” rates and environmental harm, such as submarine groundwater discharge (SGD)contaminated with pollutants, including nutrients that result in harmful algal blooms (HABs). That TDR andgroundwater model for southern Florida also did not evaluate the direct, indirect or cumulative adverse impactsof preferential flow from ASR injections and withdrawals (e.g., through fractures) on federally threatened andendangered species, environmentally sensitive areas or on sinkhole formation. Our evaluation of the basinvicinity also included analyses of fracture frequency, length and proximity to ASR wells, other injection andwithdrawal wells and modern sinkholes, based on georeferenced and transformed lineaments from threeindependent sources: the US Army Corps of Engineers (ACOE, 2004c), Florida Department of Transportation(FDOT, 1973), and Vernon (1951). Based on the three lineament data sets included in our study, includingwww.ccsenet.org/jgg Journal of Geography and Geology Vol. 7, No. 2; 2015118fractures that extend for considerable distances through environmentally sensitive areas in the basin such as theBig Cypress National Preserve, Biscayne National Park, Estero Bay, Everglades National Park, Florida KeysNational Marine Sanctuary, Indian River Lagoon and Marquesas Keys Wildlife Management Area. Some ofthese fractures also extend beyond the boundaries of the basin. 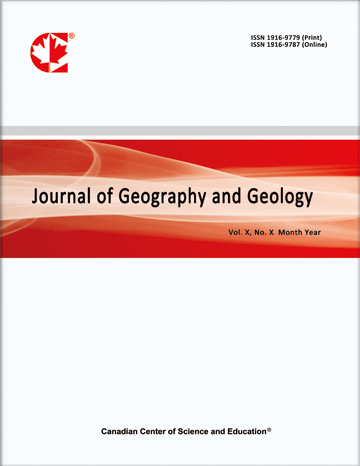