Rice husks are an important by-product of rice milling process and are major waste product of the agricultural industry. Rice husk contain nearly 20 mass% silica, which is present in hydrated amorphous form. They have now become a great source as a raw biomass material for manufacturing of value-added silicon composite products, including silicon carbide, silicon nitride, silicon tetrachloride, magnesium silicide, pure silicon, zeolite, fillers of rubber and plastic composites, cement, adsorbent and support of heterogeneous catalysts. The rice husk was subjected to pyrolysis in fluidized-bed pilot plant in air or nitrogen atmosphere. The controlled thermal degradation of the rice husks in air or nitrogen leads to production of white rice husks ash (WRHA) and black rice husks ash (BRHA) respectively. WRHA contains almost pure (³95mass %) silica in a hydrated amorphous form, similar to silica gel, with high porosity and reactive surface OH groups. BRHA contains different amounts of carbon and silica in amorphous form with high specific surface area and porosity. The raw rice husks and the obtained pyrolysis products were used as fillers of polypropylene (PP) and tetrafluoroethylene-ethylene copolymer (TFE-E) composites. The kinetics and thermodynamics of water adsorption onto filled polypropylene composites during soaking were studied at different temperatures, quantities and nature of fillers. It was established, that the adsorption kinetics was limited by intra-particle diffusion in plane sheet particles. The sorption process is exothermal in nature and accompanied with decrease of the entropy.

The physicomechanical properties of composite materials were determined. The fillers introduced in polypropylene change the mechanical strength and make the composites brittle. This change is more pronounced for the composites with BRHA and RRH, followed by WRHA. The composites studied showed lower elongation at break. The biggest decrease was observed for the composites with BRHA where ? decrease from 500 (for the initial PP) to 7 % at filling degree of 20 mass %. The effects of the amount of adsorbed water, temperature and treatment time on the composites tensile properties were estimated. It was found after immersion in water that the composites improve their tensile strength compared to initial non-treated samples. The thermal stability and kinetics of non-isothermal degradation of PP and TFE-E composites filled with 10 or 20 mass % vigorously grounded and mixed RRH, BRHA, WRHA and Aerosil Degussa (AR) were studied. Using different calculation procedures the most probably kinetic mechanism was found to be described by kinetic equations of n-th order (Fn mechanism). The kinetic parameters were obtained, and a linear dependence between ln A and E was observed, known also as kinetic compensation effect.

The abundance of a waste from paddy milling industry, as well as its interesting complex of behaviors are prerequisite for success for obtaining of cheap and valuable products and gives a new alternatives for its applications. The production of value added materials from rice husks not only facilitates utilization of an abundantly available agro waste, but also reduces the environmental pollution and solves a serious ecological problem. 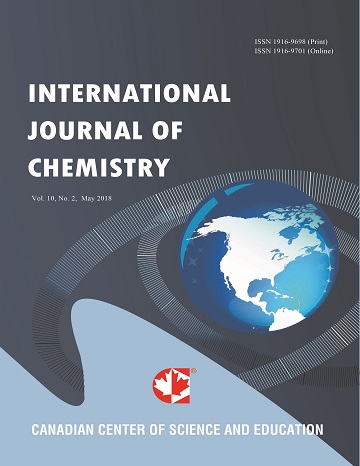