The Miocene rocks of the Marádah Formation have been stratigraphically investigated from four stratigraphical sections around the Marádah Oasis in the Central Sirt Basin of Libya. The field investigations led to the identification of two members, the lower Qarat Jahannam Member and the upper Ar Ráhlah Member. Fourteen sedimentary facies at the outcrop-scale representing a gradual development of sedimentation from a continental clastic witness in the southwestern outcrops to transitional estuarine, lagoonal, and beaches to the proximal offshore in the northern outcrops, were recognized. The results indicates that the accumulation of the Marádah Formation is transgressive in nature and corresponding to two phases of deposition which have been mentioned in the earlier studies.

The first phase is continental-dominated facies in which cross-bedded sandstones and calcareous sands comprise most of the depositional sequence of the lower Qarat Jahannam Member at the southwestern outcrops. This phase, however, is characterized by extremely bioturbated laminated-shale conquered by Skolithos ichnofacies in the lower part of the upper Ar Ráhlah Member at the northern outcrops. This phase is providing further evidence that the contact between the two members is diachronous everywhere in the study area. The clastic-phase has thought to be deposited in the Lower Miocene (Aquitanian-Burdigalian) since the lower Qarat Jahannam Member rests on an erosional surface of submarine origin in the southwestern outcrops above a 0.5 m. thick of a nummulitic unit of the Oligocene Bu Hashish Formation.

The second phase is marine-dominated facies in which a bioclastic limestone unit rich in thick and disarticulated oysters, including Crassostrea gryphoides (Schlottheim), characterizes the sediments of the Ar Ráhlah Member at the southwestern outcrops. This phase also includes the upper part of the latter member at the northern outcrops in which a detrital limestone unit rich in turritelline gastropods is overlying by thick-bedded calcarenites rich in disarticulated oysters, gastropods, irregular echinoids (notably, Clypeaster and Echinolampas), bryozoans, and celestite corals. The upper part of the Ar Ráhlah Member at the northern outcrops, nevertheless, is terminated by a quite hard dolomitic limestone and by a pretty soft dolomitic marly limestone. Both lithologies, however, are combined with medium-sized oysters, including Ostrea digitalina Fuchs, and pectinid bivalves. The second phase, however, is interpreted to be deposited in the Middle Miocene (Langhian and Serravallian) based on the total-stratigraphic range of the larger benthic foraminifera Borelis melo melo (Fichtel & Moll), which recovered from the studied washed residues, and the associated microfacies. 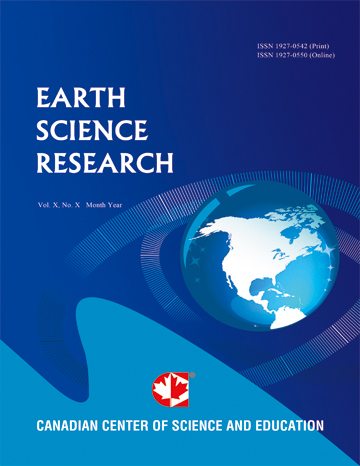