This paper explores the impact of the financial crisis of 2008 on Corporate Social Responsibility initiatives – CSR –and its implications for reputational risk management. The social risk theory suggests that there is a new kind of risk related to CSR that can affect a company’s reputational value. This research is a multiple case study that considers two multinationals operating in the same sector. Qualitative data have been collected in many ways such as document analysis, semi-structured interviews and a scaling survey in several locations in three different countries including expert views from reliable sustainability management consultants.

Findings show that the financial crisis of 2008 had a clear impact on CSR initiatives in many companies because of the exceptional pressure that they had to face in order to survive and with massive layoffs and expenditure cuts on community involvement programs being the most obvious outcomes of the crisis. However, not all impacts were seen as negative, many CSR issues were pushed forward and gained more depth after the crisis, such as organizational governance and environmental policies, as well as compensation policies.

The main stakeholders that were affected by the crisis were employees; followed by investors and customers. Similarly, in relation to CSR issues, it was labor practices that were the most severely impacted. What is interesting to observe was that in the studied companies, there was a belief that these issues were not considered as having the highest impact on their companies’ reputations.

Companies gave more importance to the issues that related to the stakeholders that they perceive to be the most influential. Therefore, an issue such as environmental policies forms a social risk if green investors decide to withdraw. However, employees are not perceived as influential at the time of the crisis because of the deterioration in labor market conditions and hence the drop in labor practices is not perceived as a threat to reputational value.

Implications for reputation risk management can be identified by risk considerations within the studied companies. Social risks impacting reputation are sometimes reported explicitly in annual reports with direct reference to environmental and human rights issues as well as supply chain management and risks related to compliance and code of business conduct. The reporting is less explicit in other cases with these elements present in the internal documents for risk management but not in the published reports. This implies that many companies have a better understanding of the importance of social risks and their impact on reputation but they do not necessarily report it openly. 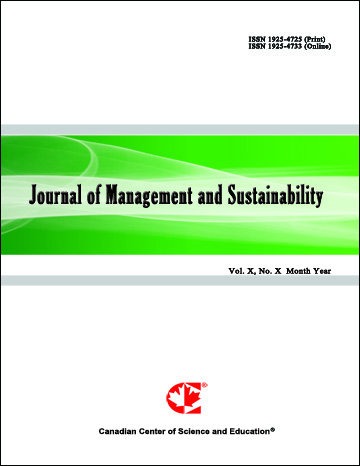